The vast majority of manganese mines in China are lean mines and must be processed. However, because most manganese ores are fine-grained or fine-grained, and contain a considerable amount of high-phosphate ore, high-iron ore, and co- (associated) beneficial metals, it brings great difficulty to the processing of ore. Commonly used manganese ore beneficiation methods are mechanical beneficiation (ore washing, screening, gravity beneficiation, strong magnetic separation, and flotation).

Manganese ore generally contains sludge. This part of sludge not only affects the grade of manganese minerals but more importantly, it will seriously deteriorate the effect of subsequent mineral separation (flotation, gravity separation, and magnetic separation). Therefore, in the case of open-pit mining or ore-bearing mud, the ore must first be washed to remove the sludge. Ore washing is the use of hydraulic washing or additional mechanical scrubbing to separate the ore from the mud. It is mostly used as a pre-processing operation before beneficiation. Commonly used ore washing and desliming equipment include ore washing screen, cylinder washing machine, trough washing machine, low weir spiral classifier, hydro-cyclone, etc.

Most of the manganese carbonate ore is washed, and the vibrating screen is generally used to spray water. The product on the sieve is washed ore, and the product under the sieve is re-sanded and combined with the product on the sieve through spiral classification. Overflow is discarded or further recovered manganese minerals. Manganese oxide ore is generally washed one or more times with a double spiral trough washing machine with strong scrubbing.

The density of manganese oxide ore such as hard manganese ore, pyrolusite, and brown manganese ore is about 4g/cm3, which is significantly different from the density of silicate gangue, and most of them are separated by gravity beneficiation. Because the density difference between manganese carbonate ore and gangue is relatively small, jigs and shakers are generally difficult to work, and only heavy-medium beneficiation can play a role in enrichment. Manganese carbonate ore mostly adopts the combined process of heavy medium and strong magnetic separation, discarding the surrounding rock in the front section, restoring the geological grade, and deep selection in the latter section.

Gongyi Forui Machinery Factory is a high-quality enterprise specializing in the production of beneficiation equipment. Over the years, it has produced gravity beneficiation, magnetic separation, flotation, and other beneficiation equipment, and has accumulated a lot of practical experience. Forui Machinery is involved in the lead-zinc ore, gold ore, fluorite, barite, pyrite, hematite, limonite, magnetite, manganese ore, antimony ore, tungsten ore, tin ore, celestite, etc. In the field of beneficiation of a variety of minerals, fruitful results have been achieved. 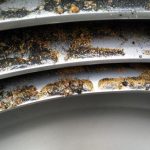 How to Extract Gold by Gold Gravity Beneficiation Method 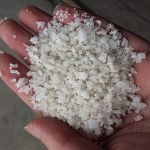